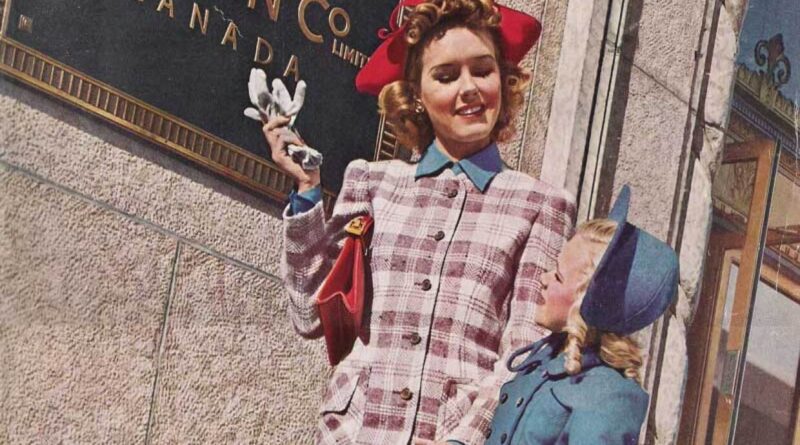 The 1940s women’s fashion was a decade of transition for fashion. With the end of World War II, women were eager to get back to their feminine looks, and men wanted to leave the drab uniforms behind.

New fabrics and manufacturing techniques emerged, and fashion became accessible to the masses like never before. Here’s a quick overview of how fashion changed for both men and women in the 1940s.

After years of rationing during the war, women were ready to embrace their femininity again. This meant saying goodbye to the boxy, utilitarian clothing that had become so popular during the war years and hello to more form-fitting silhouettes.

Skirts became shorter, and waists became nipped as women sought out clothing that showed off their curves once again.

What It Was For Men

Casual Clothing Becomes Popular. The 1940s mens fashion was a decade of many firsts in the world of fashion. It was the first time that casual clothing became widely available, thanks to advances in manufacturing and distribution.

After years of wearing uniforms, men were ready for a change. This led to an increase in the popularity of casual clothing such as jeans, t-shirts, and sneakers.

The fashion choices of men and women in the early 1940s differed greatly from what we see today, but they laid the groundwork for many of the style trends we take for granted today. Shorter skirts, higher-waisted trousers, more casual clothing – all of these looks can be traced back to the fashion choices made by people in the 1940s.

So next time you’re flipping through your wardrobe looking for something to wear, take a moment to think about how far fashion has come in just a few short decades!